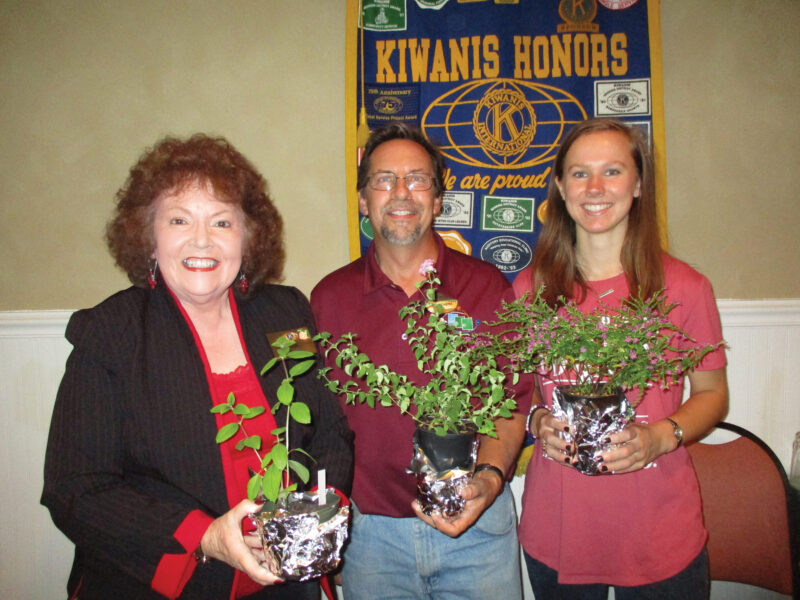 Dr. Paul Cerpovicz, who’s in charge of the Bobcat Apiary on the campus of East Georgia State College, presented the evening’s program.

The apiary promotes public awareness about honeybees’ importance to the environment as well as the challenges bees and other pollinators face from pesticides, environmental changes, and pests.

The EGSC campus is designated as a Bee Campus USA. Dr. Cerpovicz outlined the expansion of the program, which includes planting more pollinators on the campus and throughout the community. So far, the expansion has made possible a new apiary at The Morgan House as well as the planting of pollinators at Patriots Park. Future plans include an attempt to establish mason bees on the college’s campus and increased efforts to protect the bees against mites, which carry viruses that are harmful to the bees. According to Dr. Cerpovicz, this is a hard time for bees; two hives were lost over the summer, but there are plans to rebuild them.

Cubmaster Bobby Daughtry reported on the first Pack 75 meeting. Both Pack 75 and Troop 75 are sponsored by the Swainsboro Kiwanis Club.

President Goodman reminded all members that the club is still collecting materials for the Bobcat Bridge at EGSC and books for the early childhood program at Southeastern Tech.

Upcoming projects for the Kiwanians include popcorn distribution at Franklin Memorial Library on September 7 and Family Day at East Georgia State College on September 21.

To become a member of the Swainsboro Kiwanis Club, please call membership chair Jane Durden at 478-494-4113, or email at hsdurden@bellsouth.net. To find out more information about the club and the many community service projects it sponsors each year, visit their website, www.swainsborokiwanis.org, or their Facebook page. You may also tweet the Swainsboro Kiwanis Club at @SwainsboroK.