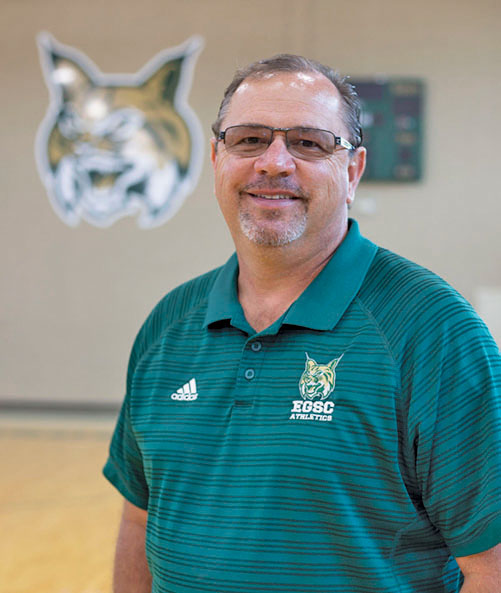 Wimberly is no stranger to East Georgia State College. He received his Associate of Arts from EGSC. He then went on to study at Georgia Southern University, where he got his Bachelor of Science in Criminal Justice. Wimberly got his Master’s in Public Administration from Troy State University.

Wimberly has had a long career in sports, which began more than 25 years ago. He started his career as an assistant football coach in Woodbury. He then moved on to Piedmont Academy, where he held the roles of assistant headmaster, athletic director, and head football, basketball, and baseball coach for four years. He then moved and held multiple roles at Thomas Jefferson Academy and Monroe Academy as head of school, athletic director, head football coach, and head baseball coach.

“Coach Wimberly is one of the best coaches in the state. No matter the sport, he…