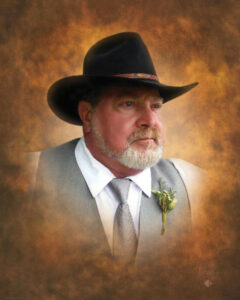 Funeral Services for Bruce Ernest Woods, 59, of Swainsboro were held Tuesday, August 6, 2019 at 3 p.m. in the chapel of Chapman Funeral Home with Reverends Jamie Archer and Morris Brantley officiating. Interment followed in the Old Canoochee Primitive Baptist Church Cemetery. The family received friends Monday, August 5, 2019 from 6 to 8 p.m. at Chapman Funeral Home. He passed away Friday, August 2, 2019 from injuries sustained in an automobile accident.

Mr. Bruce Ernest Woods was born December 19, 1959 in Millen to the late Ernest Benjamin Woods and Louise Larisey Woods. Bound to be an entrepreneur at a young age, Woods sold fat lighter bundles and sage straw brooms out of his wagon in the neighborhood. Before he was old enough to reach the countertop, he stood on a milk crate while working at Wilkes Fish Market. While there, he graduated from Swainsboro High School in 1977 at the age of 16 and saved enough money to buy his first car.  The yellow, 1963 Buick was the first of several “souped up” muscle cars he purchased to race with the boys down main street. Woods worked at Fulghum Industries as a crane shop foreman and certified welding inspector while there he redesigned a crane that is still in use and the patent has his name on it. Later, he became owner of Economy Auto Sales & Service. He then worked for Plant Vogel units 3 and 4. Woods received his pilot licenses on May 24, 2007. His book, Where the Boys Are: Memoirs of a Broken Soldier, was published by Author House Publishing on November 1, 2007. He was a member of Swainsboro Masonic Lodge # 244, Alee Shrine Temple, and Swainsboro Moose Lodge. Woods enjoyed life, his family, and laughter, although most people never saw him smile. As his final act of unselfishness and kindness, he became a tissue donor with Life Link as he went to his final home in Heaven. Throughout his life, he set the standard of what a daddy and papa should be. The lessons he taught and the impact he had on so many lives, including children not of his own, forever live on as his legacy. He was preceded in death by his parents; brother, Irvin Woods; sister, Ernestine Kersey; and nephew, Benji Woods.