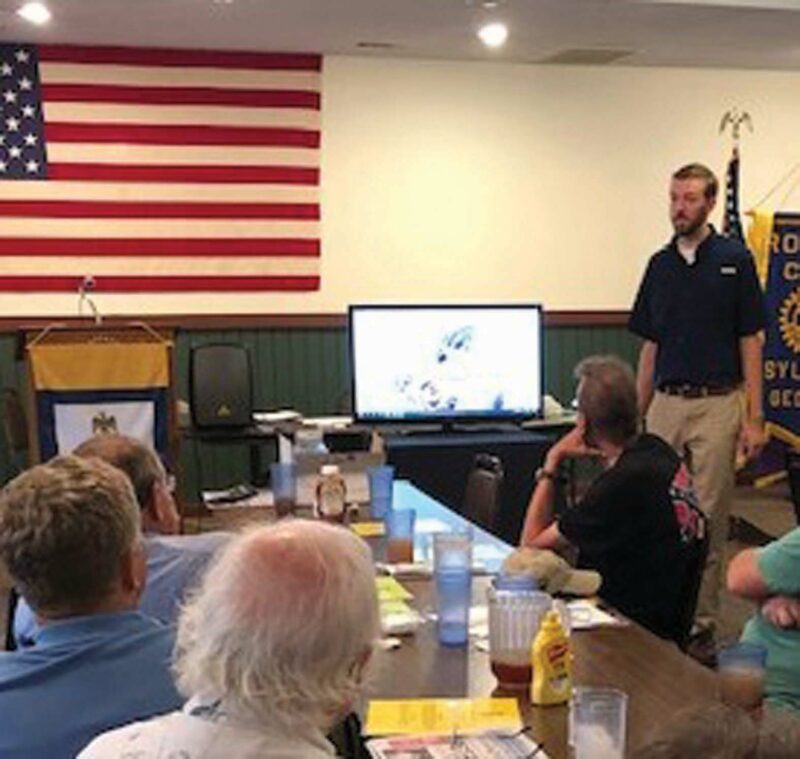 The Brier Creek Chapter, Georgia Society Sons of the American Revolution, held its monthly meeting on Thursday night, August 1, at R&D’s Restaurant in Sylvania at 6:30 p.m. with President Lee Smith presiding. There were 12 members in attendance.

The program was hosted by Brier Creek Chapter Compatriot Adam Bazemore. The title of his presentation was, “The Battle at Sullivan’s Island.” This American Revolution War battle was fought on June 28, 1776, just seven days before the signing of the Declaration of Independence in Philadelphia. It took place near Charleston, South Carolina during the first British attempt to capture the city from American forces. It is also sometimes referred to as the “First Siege of Charleston,” owing to a more successful British siege in 1780.

Colonel William Moultrie and his second South Carolina regiment arrived on Sullivan’s Island in March 1776 to begin defense of the entrance to the Charleston Harbor. They immediately began construction of a fortress built out of palmetto logs to defend the island and its harbor. Captain Peter Horry of the Patriot naval detachment described the site as “an immense pen 500 feet long, 10 feet high, and 16 feet wide, filled with sand to stop the cannon shot.” The gun platforms were made of planks, 2 inches thick, fastened with wooden spikes. The front and rear walls had 31 cannons, ranging from 9- and 12-pounders to a few British 18-pounders and French 26-pounders.

Colonel Moultrie was successful in the defense of Fort Moultrie and the city of Charleston. British casualties included 63 killed and 142 wounded, and American casualties were 12 killed and 25 wounded.

This battle was the first major victory of American forces over the British Army and the British Navy, the strongest navy in the world at that time.

Compatriot Bazemore is a member of the Brier Creek Chapter, along with his dad, Don Bazemore. Adam is employed by the Screven County Board of Education and teaches Economics and American Government at Screven County High School.

President Smith spoke on the Brier Creek Battle mural being painted on the side of a building in downtown Sylvania.  He also discussed plans of the Screven County Board of Commissioners and its decision to erect signs at major intersections in the county to direct visitors to the American Revolutionary War Battlefield, Brier Creek.