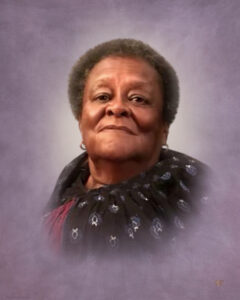 Funeral Services for Adine Shipman, 79, of Swainsboro will be held in the chapel of Chapman Funeral Home on Saturday, June 29, 2019 at 1 p.m. with Reverends Johnny Ray Jones, Alex M. Shipman, Pastor Mildred Phillips, and Elder James Blair officiating. Interment will follow in the Swainsboro City Cemetery. The family will receive friends Friday, June 28, 2019 from 5 until 7 p.m. at Chapman Funeral Home. She passed away Monday, June 24, 2019 at Emanuel Medical Center following a brief illness.

Ms. Adine Shipman was born March 20, 1940 in Metter to the late James Shipman and Tera Campbell Shipman. She was a talkative, resourceful, and determined woman who knew how to get what she wanted in life. Shipman loved Jesus, her children, and her grandchildren. She enjoyed life and keeping company with family and friends. In addition to her parents, Shipman was preceded in death by her husband, Meade Phillips; a step-daughter; one sister, Julia Bell Shipman King; and five brothers, Marvin Shipman, Charlie Givens, James Givens, Sylvester Givens, and Elmore J. Wilson.