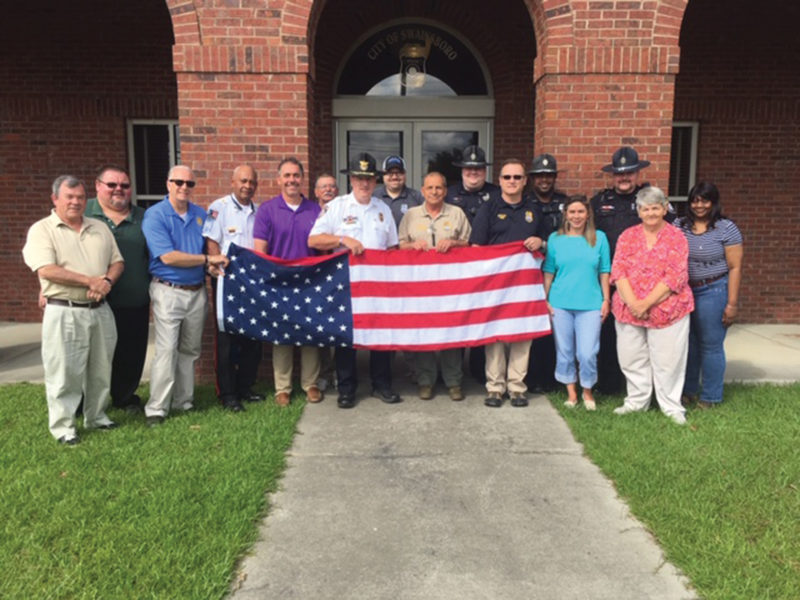 The squadron supports many community efforts but mainly exist to support local veterans. The flag was donated in memory of H.G. Youmans, active member of Squadron 103.

Members present for the dedication were Al L. Lawson, Curtis Armstrong, Gary Mason, Mike Strowbridge, Billy Chapman, Henry Thompson, and Randy Ellison. They are joined by many members of the police staff.