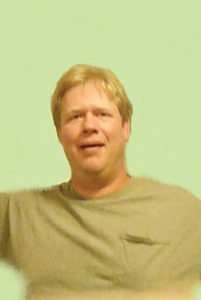 Graveside services for Jason Alexander Stevens, 37, will be held at Stevens Cemetery in Midville at 2 p.m. on Monday, May 13, 2019 with Reverend Eric Stevens officiating. He passed away May 9, 2019.

Mr. Jason Alexander Stevens was born April 8, 1982 in Swainsboro, the oldest of three siblings to Michael and Pamella Stevens. He graduated from Windsor Forest High School in Savannah in 2001. Stevens lived in Midville, next to his parents’ family farm. He was baptized at Savannah Progressive Primitive Baptist Church and was a member of Bethesda Primitive Baptist Church in Wadley, where he attended as a child with his mother, siblings, and their grandmother, Reba Stevens. Stevens loved music and playing the guitar. He was in a few different bands with his friends and always enjoyed getting together with them, hanging out, and playing music. His friends describe him as a kind-hearted soul. Stevens was preceded in death in 2011 by his uncle, Royce Stevens, whom he was close to.

Survivors include his parents; one brother, Eric (Heather Banks) Stevens; one sister, Carly Stevens (Tommy) Thompson and their children, Talmadge, Hunter and Christopher Driggers; grandmother, Lenore H. Carter, and a host of many aunts, uncles, and cousins.