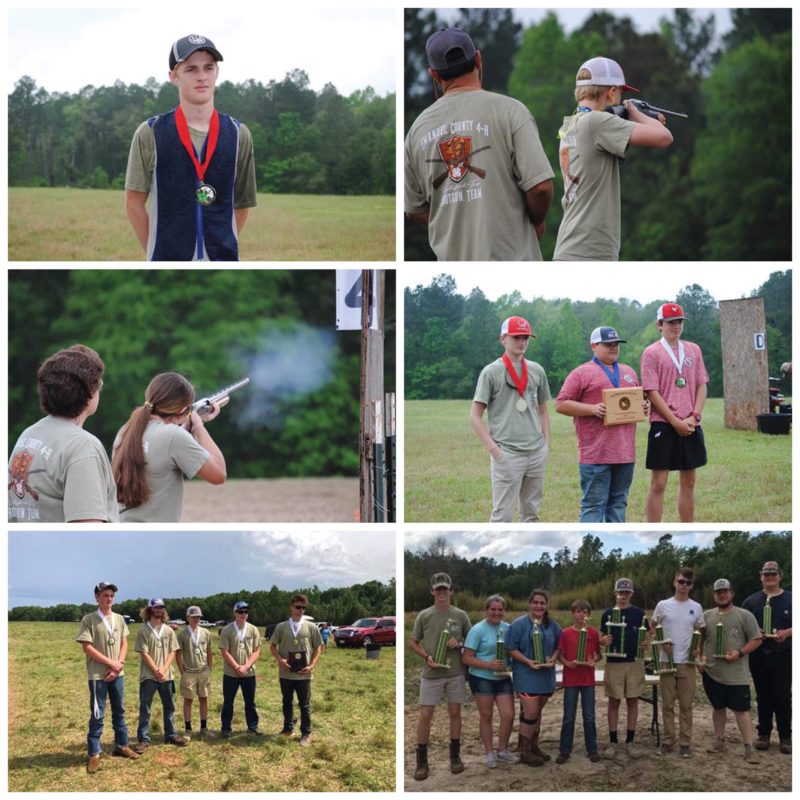 The 2019 Emanuel County 4-H Project S.A.F.E. Modified Trap team wrapped up its season with the state 4-H modified trap match. Emanuel County 4-H’ers participated in three levels of competition: the local Randy Fagler Memorial County Match, the Southeast District 4-H qualifying matches, and the State 4-H Modified Trap match in Eatonton. The program is open to students in grades seven through 12 in Emanuel County who are enrolled in the 4-H program.

Modified trap participants are given 25 clay targets they must hit from a single thrower.  All 4-H’ers are coached by volunteer leaders from the 4-H program who are certified instructors. The modified trap program is coordinated by Becky Amerson. Emanuel County 4-H had 36 total 4-H’ers participating in the Project S.A.F.E. Modified Trap program for the 2019 year.

The first of the southeast district competitions was held…