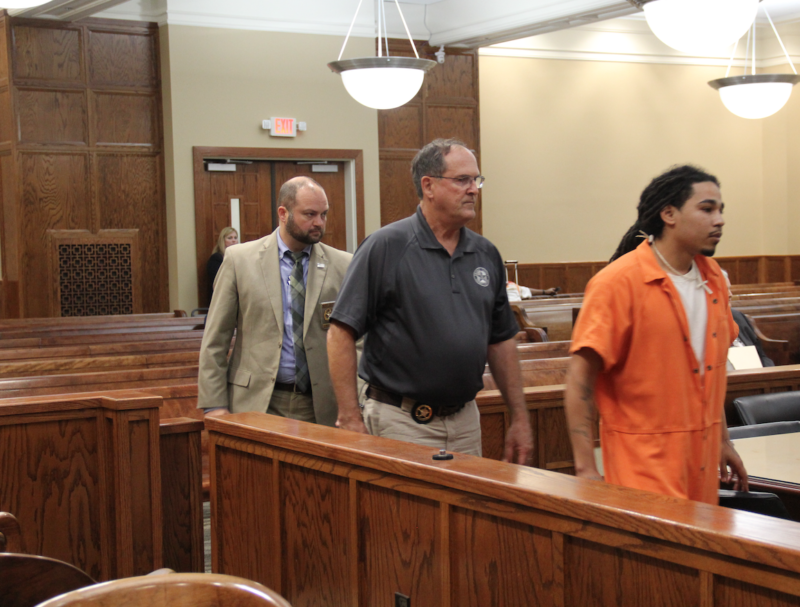 Darcy Thompson appeared in court today before The Honorable Judge Robert S. Reeves in regards to the 2017 shooting and death of Tyrone Cochran Jr. Thompson was convicted by jury on one count felony murder of Cochran.

Upon today’s hearing, Judge Reeves heard arguments from both the defendant and plaintiff as to whether Thompson should be awarded life without parole versus life with chance of parole.

Following a very lengthy hearing, Judge Reeves deemed the situation to be a tragic yet very dangerous one and sentenced Thompson to life without possible parole. The case is subject to be appealed in a later hearing scheduled for August 21, 2019. For the complete story involving detailed investigative findings related to the case, check out next week’s edition of The Blade!