; Proudly it waves over Swainsboro

Proudly it waves over Swainsboro 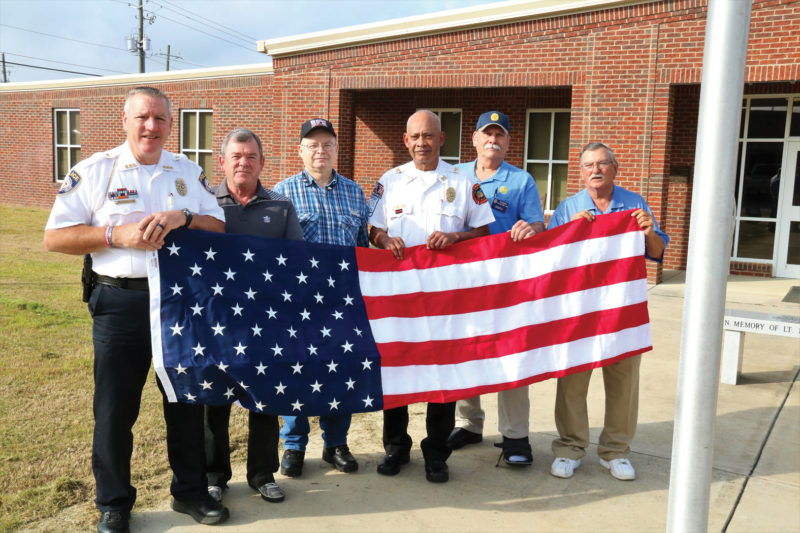 On Friday, April 12, the Sons of the American Legion presented a new 5’x8’ U.S. flag to be flown at Swainsboro Fire Headquarters.

Henry Thompson, commander of SAL Squadron 103, stated the flag was dedicated to the memory of the late Alton “Al” W Lawson, an SAL member who passed in February.