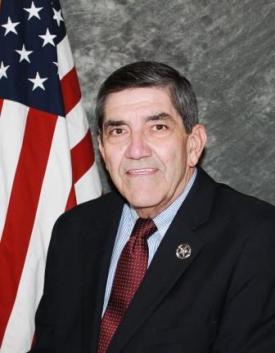 The following are reports from Emanuel County Sheriff’s Office…

A deputy stopped a vehicle after the driver failed to dim his headlights as the deputy was approaching. When the deputy asked the driver for his license, the driver admitted he did not have one. The deputy confirmed this with 911. The driver was then arrested and transported to the jail.

Two deputies attempted to serve an outstanding arrest warrant on an offender after locating him at the corner of Williams and Rentz streets. The deputies spoke with the offender and told him about the warrant, at which point the offender started running. During the foot chase, the deputies observed the offender pull out a bag from his pocket and toss it into a wooded area. Ultimately, the offender was apprehended. The bag was obtained, and the substance inside it field tested positive for methamphetamine.

Deputies responded to a residence on Williams Road and met with a complainant. She stated that her neighbor’s dog attacked hers. The deputy also met with the neighbor, who stated that his dog never shows aggressive behavior. Both parties were advised of the civil process.

A deputy responded to a residence on Wadley Coleman Lake Road in reference to a knocked-out window. The only property that appeared to be missing from the residence at the time was a pack of fish filets from the freezer.

Deputies assisted with a domestic dispute on Lindsay Road. Both parties were separated.

A deputy arrested an individual after he threw a tea can at his girlfriend as she exited the passenger side of his vehicle in front of a local school.

A complainant filed a report in reference to his debit card being used fraudulently.

A complainant on Bird Flanders Road observed a male on a Kawasaki mule sitting in her yard. She headed down her driveway and noticed that the offender was staring at her. She told the deputy that she waved at the man, but he wouldn’t return the gesture. The complainant stated that the individual previously owned the residence she is renting and has been told that he has been unwell lately. The man drove off without incident before the deputy arrived.

According to a complainant on Trout Trail, the door to his workshop had been pried open while he working in his garden. When he discovered that the door was ajar, he found a number of tools missing from inside the shop.

A complainant met with a deputy and filed a report in reference to an offender violating a TPO.

A complainant contacted the sheriff’s office again in reference to a man riding a Kawasaki mule in her backyard. She asked the man to leave, and he responded that he owned the property. The offender left and went back to his residence. The deputy spoke with the landlord, who showed him proof of her ownership of the property. The deputy then advised the property owner of how to obtain a TPO against the offender. He also informed her how to have property lines marked.

A complainant on Sam Overstreet Road filed a report in reference to a nuisance dog.

A deputy made a traffic stop and discovered that the driver of the vehicle did not have a license. She was arrested, and a licensed driver came to take possession of the vehicle.

Deputies responded to a residence on Maple Road in reference to a complainant who needed EMS. The complainant himself made the request after being involved in a physical altercation.

A deputy assisted an Oak Park Police Department officer with a traffic stop on I-16 West at Exit 84.