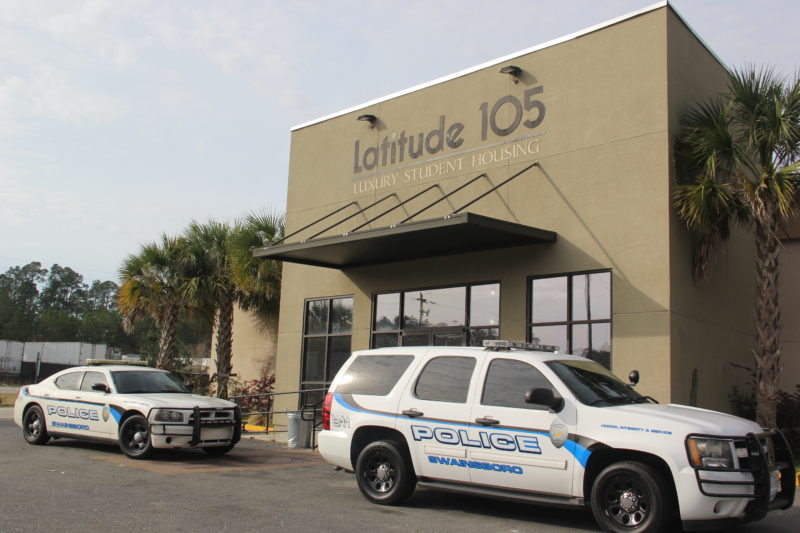 One man and one woman are now in custody after allegedly abusing a 3-month-old girl yesterday.

Investigators believe Brandy Lee, 32 of Swainsboro, left her daughter in the care of William Branden Woods, 39 of Swainsboro. During that time, Woods allegedly physically and sexually abused the child.

Sometime during the morning of Wednesday, February 27, Woods called for EMS. When help arrived at Latitude 105, the apartment complex on North Anderson Drive, the baby girl was unresponsive. She was transported to Emanuel Medical Center and resuscitated as Swainsboro Police Department officers immediately responded to the ER around 6:20 a.m.

The child had injuries consistent with aggravated battery and was flown to Augusta University for treatment. As of yesterday afternoon, she was stable but critical.

According to Chief Randy Ellison, Lee has been charged with second-degree cruelty to children for her negligence in leaving the child with someone whom his department feels was not in a position to watch her.

Latitude 105 opened in 2014 as a private student housing complex but has since become a general housing option for members of the public.

The case is ongoing under the authority of Swainsboro Police Department. Additional arrests are possible.