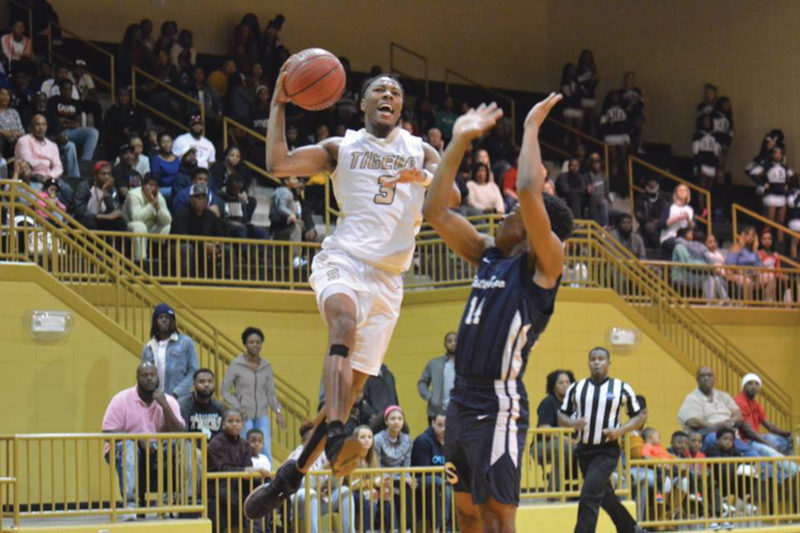 The Swainsboro Tigers had their biggest win of the season on the road Friday, knocking off the previously 15-1 Vidalia Indians and thrusting themselves back into the competition for a top region spot. Swainsboro, Vidalia, Metter, and Jeff Davis are all battling for positioning behind undefeated and top-ranked Woodville-Tompkins.

Swainsboro entered the weekend with a modest 6-7 record against one of the hottest teams in the state, Vidalia, a team that had only lost against the No. 1 ranked Woodville-Tompkins. The Indians shut down an injury depleted Tigers’ team in late November and entered this game as the clear favorite. However, a healthy Swainsboro squad jumped ahead quickly, scoring the game’s first 11 points and keeping Vidalia at a comfortable distance on the way to a 72-51 victory.

AJ Kingsberry was the star of the night, hitting…