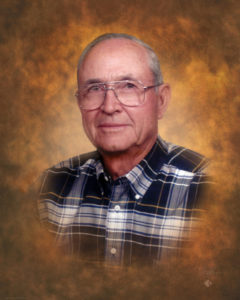 Mr. Ray Rufus Henry was born May 18, 1922 in Swainsboro to the late Rufus Lester Henry and Leila Hudson Henry. He joined the United States Navy in 1942 and received the Philippine Liberation Ribbon, Asiatic Pacific Theatre Ribbon, European African Theatre Ribbon, American Theatre Ribbon, and the Victory Medal. Henry was the owner of Timber Harvesting, co-owner of Henry Farms, and a retired land and forestry manager for the L.F.G. Company for 25 years. He enjoyed being outdoors, hunting and fishing. Henry loved the Lord, his family, and church family. He was a lifelong member of Hebron Baptist Church and Head Deacon for 55 years. Henry was preceded in death by his parents; son, Ronnie Ray Henry; sisters, Violet Perkins and Eloise Wright; and brothers, Carl Henry, Barney Henry, and Ted Henry.

In lieu of flowers, memorials may be made to the Gideons International P.O. Box 365 Swainsboro, Ga. 30401.