Recently, Zachary Wood received his Bachelor’s of Applied Science in Natural Resource Management degree while enrolled at Abraham Baldwin Agricultural College (ABAC). Wood was an active member of the student chapter of the Wildlife Society and served as the chapter’s 2016-2017 vice president. He also worked at ABAC as a math, science, and forest resource tutor.

On the second day of the conference, the Technical College System of Georgia (TCSG) sponsored a manufacturing expo and technical college cornucopia. During this time, technical colleges from across the state were able to set up exhibits and promote what some of their top … Read More

Annual Shop with a Cop a huge success

The holiday season brings much joy and happiness. It is a time when people usually reflect on things that mean most to them.

For some, it may be family and friends. For others, it may be the celebration of Christ.

For those in law enforcement, it professionally means that calls for service will increase and the demand for law enforcement services will reach its highest point.

However, each year for … Read More

The bride is the daughter of Dan and Stephanie Chitwood of Wamego. She is the granddaughter of Jean Chitwood of Welda, Kan.; Steve Wilson of Abilene, Kan.; and Jim and Josephine Smallwood … Read More

On December 6 at Luke Air Force Base in Arizona, Daniel Gregory achieved the rank of chief master sergeant. In doing so, he entered the top 1 percent of the Air Force’s highest enlisted rank that he achieved for his career. He is the son of Leonard and Lillian Gregory of Emanuel County.

Not only do they know how to put on a show when game day rolls around, but Swainsboro High School’s Lady Tiger basketball team and cheerleaders know how to give back! The group recently got together and bought gifts for Toys For Tots.

Recently, the Swainsboro Men’s Golf Association (MGA) donated four bicycles to the Emanuel County Division of Family and Children Services (DFCS) office. The association believes strongly in putting back into the local community, and giving to area youth is a great way to do it.

Every year, The Forest-Blade and numerous other sponsors team up to host a Christmas-themed coloring contest. Contestants in two age groups (3-5 and 6-8) are asked to submit their drawing of what their perfect Christmas would look like. Winners earn themselves $100 to spend at any of the participating businesses.

On December 21, Weston Lee was named the winner of the older age group. He reported to The Blade to … Read More 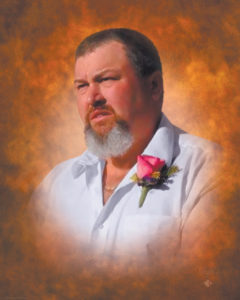 The Garfield Community Club held its annual Christmas supper at 6:30 p.m. on December 8.

More than 30 members and guests fellowshipped and enjoyed a meal. Nonperishable food items were collected for the needy. Those who did not join in the occasion have an open invitation to next year’s supper.