; Walking across the U.S. for a cure

Walking across the U.S. for a cure 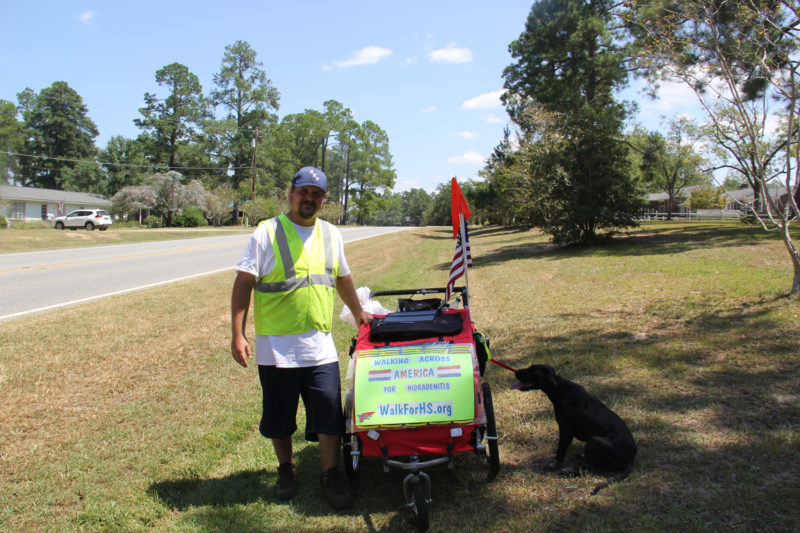 Kenton Bailey, a local of Louisville, Ky., crossed the roads of Swainsboro during his walk across the United States.

Bailey had a friend drive him from Kentucky to Tybee Island, where he began his trip.

When asked how his trip has been, Bailey responded with a smile, “So far it’s been going pretty good. I think I’m on day 14 right now. People have been super awesome, that’s the coolest part is definitely all the people I have met.” These companions also include Willow, a stray dog who crossed paths with Bailey and has since faithfully followed his walk.

Though it has only been two weeks, Bailey says it feels a lot longer than that. Within the two weeks, he has definitely missed having a nice, comfortable place to sleep each night and not being bitten by bugs. “And, of course, my family. I’m a mama’s boy,” he said.

Before the walk, Bailey had lots of entrepreneurial opportunities. His most recent one is helping a buddy start a game company in Florida. “That’s still going on, just kinda doing things remotely as a writer for now,” stated Bailey. He also works a firework stand almost every year. Bailey decided to  take the money from this year’s firework sales and begin his endeavor across the United States. “I’ve been wanting to do it for a long time and I wanted to attach a good cause to it,” he stated.