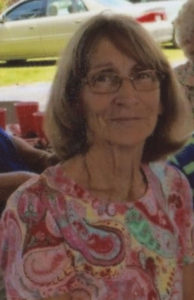 Memorial services for Susie Bennett Watson, 65, resident of Nunez, will be held Wednesday, Nov.  2, 2016 at 11 a.m. in the chapel of Tomlinson Funeral Home with Reverend Ray Freeman officiating. A lunch for family and friends at Presbyterian Apartments will immediately follow the memorial services. The family will receive friends at Tomlinson Funeral Home on Tuesday, Nov. 1, 2016 from 6 – 8 p.m. She died Sunday, Oct. 30, 2016 at Community Hospice In-Patient Facility in Vidalia.

Mrs. Susie Bennett Watson was born in Emanuel County, daughter of the late Leonard Bennett Sr. and Nell Bennett. She was an outstanding basketball player for Swainsboro during her high school years, and her record was unbroken for many years. Watson worked for David Emanuel Academy and Herrington Homestead for many years, and she retired from Presbyterian Apartments after many years of service. She loved to fish, and she was preceded in death by her husband, Robert C. “Bobby” Watson, and sisters, Annette Odom and Diane Gunn.

Tomlinson Funeral Home of Swainsboro is in charge of arrangements.