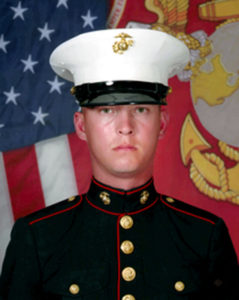 Funeral services for Jay DeBoo, 34, of Wrightsville were held in the chapel of Chapman Funeral Home at 2 p.m. on Sunday, May 29, 2016 with Elder Tommy Rountree officiating. Interment followed in the Kite City Cemetery. He died Thursday, May 26, 2016 from injuries sustained in an ATV accident.

Mr. Jay DeBoo was born March 5, 1982 in Swainsboro. He went to work in law enforcement right out of … Read More 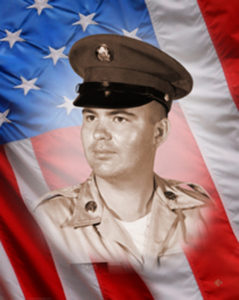 Funeral services for SFC Thomas W. Davis Sr., 70, of Swainsboro will be held in the chapel of Chapman Funeral Home at 2 p.m. on Wednesday, June 1, 2016 with Reverends Louis Pearce, Ricky Rushing, and Arthur McLain officiating. Interment will follow in the Swainsboro City Cemetery with full military honors. The family will receive friends Tuesday, May 31, 2016 at Chapman Funeral Home from 6 – 8 p.m. He … Read More

Please use caution while traveling Hwy 1 from the bypass to the schools. Road crews are in the area dispensing hay. Low visibility and slow traffic have been reported. 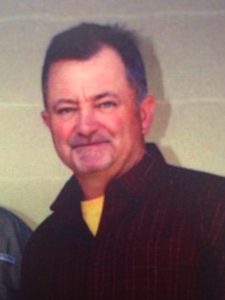 Funeral services for Samuel “Rusty” Pritchard Jr., 52, of Lexsy will be held Wednesday, June 1, 2016 at 11 a.m. at Nunez Baptist Church with Rev. Jim Harrell officiating. Interment will follow in the Youmans Cemetery near Lexsy. The family will receive friends Tuesday, May 31 at the funeral home from 6 – 8 p.m. He died Sunday, May 29, 2016 at Emanuel Medical Center.

East Georgia State College will hold a Miss Georgia Send-off for 2016 Miss EGSC Jessica Dixon on Tuesday, May 31, 2016. Dixon will model her interview outfit, swimsuit and evening gown and will perform her talent for the Miss Georgia Scholarship Pageant.

The community is invited to come out and support Miss EGSC and send her off to the Miss Georgia Scholarship Pageant in style! The pageant will be held … Read More

The Emanuel County Retired Educators Association (EREA), a chapter of the Georgia Retired Educators Association, awarded Shazorierier “Zoe” Betts its annual scholarship at its May 18 meeting held at the Emanuel County Historic Preservation Society Farm and Home Museum. The scholarship, this year in the amount of $1,000, is given to a student majoring in teacher education who has shown exceptional promise as a future educator as a result of … Read More

Jonathan Michael Scott, an honor graduate in the Emanuel County Institute Class of 2016, has received the Georgia Division Memorial Scholarship awarded by the Georgia Division United Daughters of the Confederacy. His application was endorsed by Emanuel Rangers Chapter No. 2318. Scott’s Confederate ancestor is John Wiley Neal, who enlisted as a private in Co. G, 32nd Regiment, Georgia Infantry. The scholarship was presented to him on May 3, 2016, … Read More