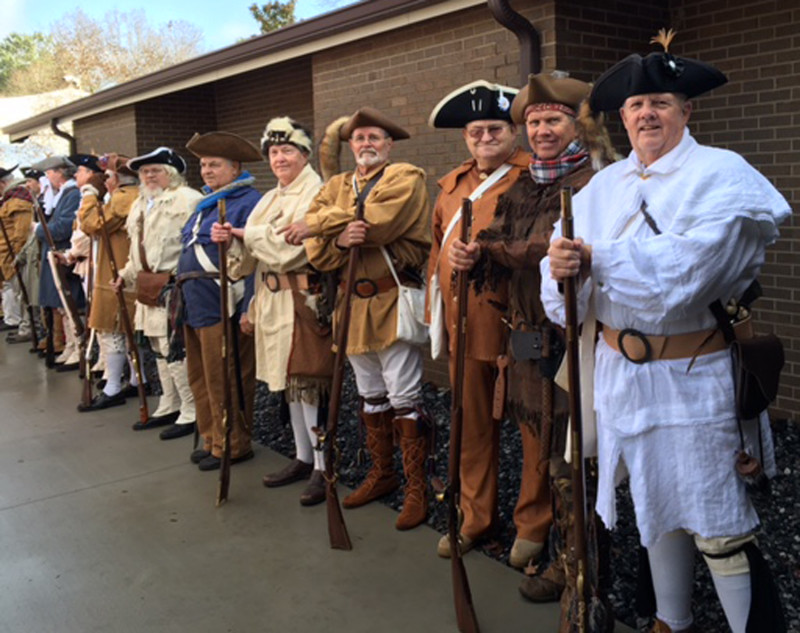 Five members of the Wiregrass Chapter of the Georgia Society of the Sons of the American Revolution traveled to Spartanburg, S.C. on January 15 – 17, 2016 to participate in the 235th Anniversary Celebration of the Battle of Cowpens. All five Wiregrass members were dressed in their 18th century militia uniforms with their Pennsylvania/Kentucky flinklocks. They were part of the 50-man Revolutionary War Color Guard that performed at 10 a.m. on Saturday at the 1932 U.S. Monument in front of the Visitor Center. Those attending were President Wilder Smith Jr., Vice President Steve Burke, Secretary/Treasurer Ruskin Powell, Registrar Dess Smith III and Compatriot Lee Smith.

For more Wiregrass Chapter news, read this week’s edition of The Blade.29