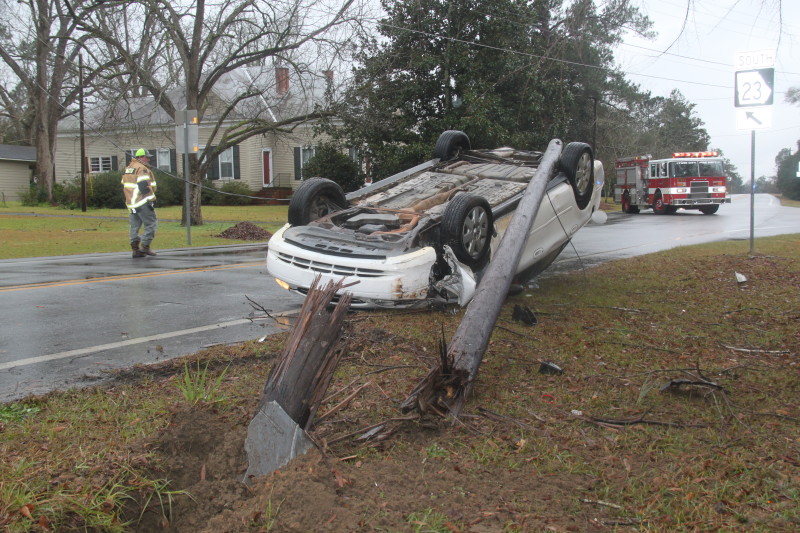 Friday morning January 22nd was cold and wet. A series of rain showers, some intense travelled thru Emanuel County leaving wet and dangerous driving conditions. At 1040 AM, one person was injured in a single vehicle crash on South Railroad Avenue in Twin City. The Ford Taurus LX struck and snapped a power pole at its base, overturned and had the pole and wires drop onto the vehicle and roadway. The injured party was transported to Emanuel Medical Center by Emanuel EMS. Georgia Power was called to the scene to remove the pole before the vehicle could be towed. The busy intersection of Highway 23 South and South Railroad Avenue was closed for approximately 1 hour. Responding to the scene were Twin City Fire and Police Departments, Emanuel County EMS and Sheriff’s deputies. Just prior to this crash, a two vehicle crash with injuries occurred at MLK and North Main Street in Swainsboro requiring response from Swainsboro Fire and Police Departments, Emanuel EMS and Georgia State Patrol. A single vehicle crash occurred on Highway 23 North at Old Boatright Road outside Garfield and was handled by Emanuel County Sheriff’s deputy and Georgia State Patrol.