ECI FBLA and FCCLA have extra boxes of  Krispy Kreme doughnuts for sale. Stop by the school today to pick up a box. Glazed are $7. Chcolate glazed, Kreme-filled glazed, raspberry and lemon are $7. 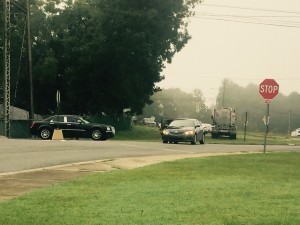 There has been a two-car accident at the crossing of Morning and Coleman Streets. Drive with caution in the area!

Emanuel County Institute will have their School Improvement Plan, School Compact and Parent Involvement Plan available for parent review at the school today. Parents are invited to review the documents and provide input for improvement. The documents will be available in the front office at the following times:

Find official Georgia hunting season dates, tips and tricks from the pro’s and other hunting related information in The Forest-Blade’s 2015 Hunting tab! Get yours tomorrow when you purchase a new edition of The Forest-Blade!

Cook of the Week

Our Cook of the Week is Chris Lamb. He is a resident of Midville, where he has lived all of his life. He is the husband of Halei Lamb. In his spare time, he enjoys spending hunting and fishing. Check out this week’s Blade for Chris’s favorite recipes!

After participating in an informing and enlightening Garden Club Awards Workshop in August, the Glad Garden Club is eagerly anticipating a productive and fun-filled year. President, Sylvia Durden called this year’s first meeting to order on Monday, Sept. 14, 2015 at the beautiful Sudie A. Fulford Community Learning Center and spoke of her upcoming trip throughout the Mediterranean including Greece, Turkey, Pompeii and many points in between. 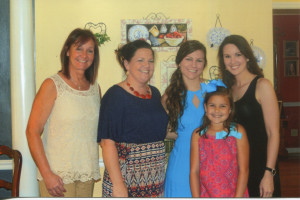 Miss Olivia Rigdon and Mr. Ethan Conway were honored with a ‘Couples’ shower May 17, 2015 at 6 p.m. at Carson Cross Clubhouse in Midville. Rigdon was also honored with a ‘Pampered Chef’ shower Saturday, May 23, 2015 at 11 a.m. at the home of Rhonda Oglesby.