Funeral services for Josephine C. Parrish, 89, of Twin City, will be held on Saturday, Sept. 5, 2015 at 11 a.m. at Rountre Chapel Baptist Church in Twin City with Rev. DeWayne Rollins officiating. Interment will follow in the church cemetery. She died on Friday, Aug. 28, 2015 at her residence after an extended illness.

Mrs. Parrish was a native of Emanuel County, where she attended the public schools and … Read More

Mr. Kirkland was a native of Emanuel County. He … Read More 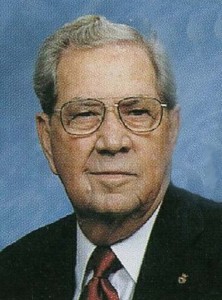 Funeral services for Walter D. Boatright, 90, of Oliff Town, will be held on Tuesday, Sept. 1, 2015 at 11 a.m. at the chapel of Brannen Kennedy Funeral Home with Rev Mike Howard officiating. Burial will follow in the Glennville City Cemetery with military honors. He died on Saturday, Aug. 29, 2015 at Ogeechee Area Hospice Inpatient Center in Statesboro.

Funeral services for Mr. Wayne Boyd Pooler, 75, of Canoochee, were held on Sunday, Aug. 30, 2015 at 2 p.m. in the Peebles-Curry Memorial Chapel with Rev. Mark Wiggins officiating. Interment followed in the Pooler Family Cemetery near Canoochee. He died on Friday, Aug. 27, 2015 at his residence after an extended illness.

Mr. Pooler was born in Watertown, N.Y., was a truck driver for many years and was previously … Read More

Alvin and Margaret Holton of Lyons are pleased to announce the engagement and forthcoming marriage of their daughter, Debra Lynn Holton, to Melvin Harris Nunn of Swainsboro, son of the late Willie Melvin Nunn, Jr. and the late Edna Mae Smith.

Cooks of the Week- Ned Collins and Josi Stevens

Our Cooks of the Week for next week are Ned Collins and Josi Stevens. They have been busy planning for thier up coming wedding that will take place this Saturday, Sept. 5, 2015 at 6:30 p.m. at Hooks Clubhouse in Nunez. The couple love hunting, fishing, fourwheeler riding, shooting bows and attending the Norristown Revival Center in Norristown.

Be sure to check out next week’s edition of The Forest-Blade. Don’t … Read More

On Tuesday, Aug. 18, the Oleander District of The Garden Club of Georgia, Inc. held an Awards Workshop at the Fulford Center of East Georgia State College.

Read all about the Garden Club Meeting in next week’s edition of the Forest-Blade.

The Swainsboro High School Class of 1985 will host a 5K run at Harmon Park on this Saturday to benefit the Emanuel County Animal Shelter and Nancy Kay Hill’s Southern Souls Animal Rescue in honor of Melissa (Missy) Kitchens. Registration will begin at 7 a.m. and the race will start at 8 a.m. The cost is $10 per person for ages 13 and older; children ages five through 12 will … Read More

Clay and Megan Smith proudly announce the birth of their daughter, Morgan Brittany Smith, April 8, 2015 at 11:05 at Oconee Regional Hospital in Milledgeville.

The entire birth announcement will be published in next week’s edition of the Forest-Blade.