A retirement banquet for Pastor-Emeritus Rev. Bennie Brinson will be held Saturday, Feb. 28, 2015 at the Swainsboro Middle School at 6 p.m. Contact members of the Greater St. James Missionary Baptist Church for tickets. 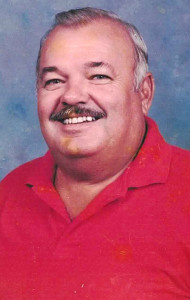 Funeral services for Howard McCook, 76, of Twin City, will be held Saturday, Feb. 28, 2015 at 3 p.m. in the Peebles Curry Memorial Chapel with Rev. Franklin Sasser officiating. Interment will follow in Whetsell Cemetery near Twin City. He died Thursday, Feb. 26, 2015 at Pruitt Health and Rehab after an extended illness.

Mr. McCook was born in Irwinton, Wilkinson County, and lived most of his life in Twin … Read More

Gold and white or blue and black?

If you have been on any social media over the past 24 hours you have seen the controversy over this dress. Some people are saying it is gold and white others are saying blue and black. What do you see?

The Swainsboro-Emanuel County Recreation Department is having an organizational meeting for an adult softball league Thursday, March 5 starting at 6:30p.m. The meeting will be held at the recreation department. Anyone interested in entering a team should be present at the meeting.

Fish Fry and Dance to be held

The Swainsboro Optimist Club an Pin Hi Golf Association will hold a Friday night fish fry and dance Friday March 6, 7-11p.m. There will be a western theme with casual attire. It will be at he 4H Clubhouse in Swainsboro. A donation of $15 is asked for. All proceeded will go towards the scholarship funds for both organizations. Contact any club member for more information.

Don’t miss the Young and Beautiful 2015 Miss EGSC Scholarship Pageant this Saturday at 7p.m. The pageant will be held at the Luck Flanders Gambrell Auditorium.

The Tigers will travel to Columbus today!

There are only 4 teams left in the State Finals. The Tigers will face Region 4-AA Champion Crawford County Eagles from Roberta. The Tip off will be today at 4:45p.m. at Columbus State.