Descendants of Gilbert B. Hudson will meet with family and friends at a covered dish lunch on Aug. 4 at 11 a.m. at Vann Community Center in Swainsboro.

A fun-filled day with kids’ activities, prizes, giveaways, and refreshments will usher in the back-to-school season at local area Goody’s stores. The seventh annual “Kid’s Fest” will take place on Saturday, Aug. 4, beginning at 8 a.m.

Each Goody’s store will have snacks and face painting. Individual locations have arranged their own exciting line up of children’s activities, such as coloring, games, contests, and demonstrations. (Check with the store nearest … Read More

Matthew W. Franklin of Midville has been named to the Georgia Southern University Dean’s List for Summer 2007.

To be eligible for the Dean’s List, a student must have at least a 3.50 grade point average and carry a minimum of 12 credit hours for the semester.

By Katherine Tippins University of Georgia

By Katherine Tippins University of Georgia

Many parents may remember being a victim of physical and emotional suffering at the hands of a childhood bully. Others may regret being a bully when they were young.

By Faith Peppers University of Georgia

By Faith Peppers University of Georgia

This year’s extreme, extended drought added an exclamation point on the decades-long issue of water supply and use in Georgia. Despite recent, light rains, there’s no end in sight.

DHR to older adults: Protect yourself against mosquito bites

Because adults age 50 and older are more at risk of severe illnesses from mosquito-borne viruses such as Eastern Equine Encephalitis (EEE) and West Nile Virus (WNV), the Georgia Department of Human Resources Division of Aging Services (DAS) is giving tips to older Georgians to protect themselves from mosquito bites throughout the summer and into the fall. State health officials recently confirmed that horses in Bibb and Lowndes counties have … Read More 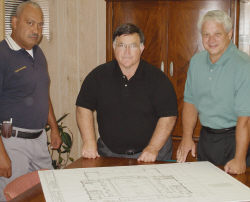 Jr. Cook of the Week

Featuring recipes from the Kitchen of… Kayla Elizabeth Cowart

is the 11 month old daughter of Doye Cowart and Lisa Clifton, both of Twin City.

Maternal grandparents are Dianne Schoen and Ricky Clifton, both of Twin City.

Paternal grandparents are Oswald and Orita Cowart of Metter. Here are a few 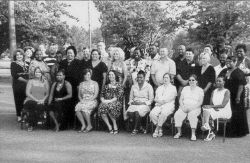