Church of Jesus Christ of Latter-day Saints in Swainsboro will host an open house at its Family History Center Saturday, April 14 from 11 a.m. to 3 p.m. Theme is “How Do I Start My Family History?” There will be 15-minute spotlights, refreshments and a question and answer period.

Melani Dixon and Casey Woods have petitioned to be appointed Administrators of the estate of Debra Fennell Page, deceasedof said County. The petitioners have also applied for waiver of bond and/or grant of certain powers contained in O.C.G.A. §53-12- 232. All interested parties are hereby notified to show cause why said petition should not be granted. All objections to the … Read More

Miss Kristal Blue Claxton and Mr. Wayne Smith, Jr. were united in a double ring ceremony Dec. 22, 2006 at 6:30 p.m. at Hillcrest Baptist Church in Swainsboro. The Rev. Andrew Perryman of Wrightsville, cousin of the bride, performed and officiated the ceremony.

I’ve been wearing glasses for more than 40 years now, but recently my eyes have taken a turn for the worse. Can you recommend any organizations that provide low-cost eye care for seniors on a tight budget?

There are several eye care programs and resources that may be able to help you – depending on your circumstances. Here are … Read More

While attending, she took master dance classes in tap, jazz, ballet and hip hop. Among some of the instructors were Joe Lanteri, who has produced directed and choreographed countless live industrial shows, soap operas, MTV and Off- Broadway Show. He teaches … Read More

The Tigers hosted Toombs County High on Tuesday, March 20, at East Georgia College. The girls pulled out another big victory by winning one singles and two doubles matches. The three wins were very one-sided.

The boys came away with a loss against the Bulldogs by a score of 2-3. The three losses were very close with Toombs taking the edge. Tigers took one singles match … Read More

A gospel sing will be held at Hines Baptist Church in Midville Saturday, March 31 at 6 p.m.

In honor of Doctors’ Day, Emanuel Medical Center would like to thank our local physicians for their role in caring for our community and promoting good health. We also encourage you to show your appreciation by making a donation to The Foundation of Emanuel Medical Center in honor of your special doctor. In 1990, Congress declared March 30 … Read More

Swainsboro’s Tony Mitchell made a big impression this year. The junior small forward averaged 19 points, eight rebounds and five blocked shots per game. Those averages also included around three dunks per night. “I looked all around this state,” Swainsboro coach Leroy Jordan said. “I saw every team we played. I even saw the Class AAAA and Class AAAAA playoffs after we were … Read More 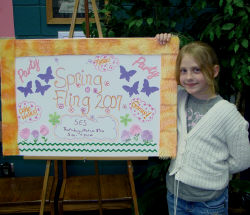