Charles Schwabe, chairman of the Swainsboro/Emanuel County Joint Development Authority has announced that a new employer is moving to Swainsboro. The company will be moving their assembly plant and distribution warehouse operations to a building owned by the JDA at 412 East Main Street, Swainsboro, known as the Garrett building. The firm plans to renovate and improve the existing sixty-two thousand square foot building as well as build a forty-thousand … Read More

“They are ranked #1 for a reason,” said Swainsboro High School Head Football Coach Shane Williamson after the Tigers’ tough loss Friday night. SHS played host to the Washington County Golden Hawks. The Hawks were ranked #1 by the Georgia Sports website, gavsv.com in AAA coming into Friday’s game. The Tigers fell to their Washington County opponents by a final score of 420.

On the opening … Read More

The 2005 Southeastern Beef Cattle Short Course was held at the Canoochee Forage Bull Development Center on Thursday, Aug. 25. The Short Course was sponsored by University of Georgia Cooperative Extension Service and was hosted by Canoochee Forage Bull Development Center. It was attended by over 70 cattlemen. The noon meal was sponsored by AgSouth Farm Credit.

The Congressman arrived in Swainsboro on Tuesday and toured Swainsboro Technical College. His visit was highlighted by … Read More

AGloria St. woman reported a woman, whom she identified, stole her rings.

A Savannah Rd., Stillmore man reported a man, whom he identified by nickname only, took … Read More 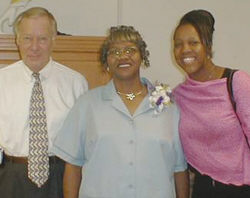 Hillcrest BC children have ‘beach blast’

The Forest-Blade will keep an active duty list of all Emanuel County natives serving at home and abroad.