By virtue of a Power of Sale contained in that certain Security Deed And Security Agreement from Nicole Gillis to Branch Banking and Trust Company, dated January 7, 2004, recorded January 8, 2004, in Deed Book 218, Page 119, Emanuel County, Georgia Records, said Security Deed having been given to secure a Note of even date in the original principal amount of FORTY-FIVE THOUSAND NINE HUNDRED AND 00/100 DOLLARS ($45,900.00), … Read More

The ACLU’s war with God

Everyone knows that the Christmas season is the busiest time of the year. But nobody knows that better than the lawyers who work for the American Civil Liberties Union.

After all, Christmas is when the ACLU’s legal gadflies take aim at all those pernicious public Nativity scenes. Indeed, given the zeal with which these uncivil libertarians attack every crèche in the country, one might think that plastic figures … Read More

• At its first meeting of the year Monday night, Swainsboro city council tabled the motion to adopt a parking ordinance on the north side of West Main Street. The proposed ordinance is a result of an unresolved parking dispute between owners of Bangles and Alterations on West Main.

We know that many of you are probably making that famous “New Year’s Resolution” this week. Here are some interesting facts about those resolutions:

• 63 percent of people keep their resolutions after two months.

The top four resolutions are:

2. Be more conscientious about work or school

THOMASVILLE—Services for Harriet J. Scott of Pavo were held at 2 p.m. Thursday, Dec. 23, 2004 at Allen & Allen Funeral Chapel in Thomasville. The Rev. Larry Harris officiated and interment was in Laurel Hill Cemetery. Mrs. Scott died Dec. 20, 2004 at her residence.

Born May 24, 1917 in Youngstown, Ohio, she was the daughter of Harmon C. and Gertrude Miller Welch. She was married to Walter U. Scott, … Read More

Emergency loan applications will be received through May 27, 2005. Objective of the emergency loan program is to provide financial assistance to eligible farmers who sustained qualifying losses and are unable to obtain credit … Read More

Heart of Georgia Altamaha RDC Area Agency on Aging will be conducting a public hearing during the month of January. Purpose of the hearing is to provide interested persons with an opportunity to voice concerns on programs affecting older citizens and their caregivers in the Heart of Georgia Altamaha area. Emanuel County is included in this region.

Letters To The Editor

As the doors of Emanuel Medical Center Recovery Program are closed, we, as a staff, would like to take this opportunity to thank the communities of this and surrounding counties, the fellowship of AA and NA, local employers and businesses, churches and numerous individual concerned citizens, law enforcement, the judicial system, service agencies, etc. for the generous support you have offered us during our two years of providing … Read More 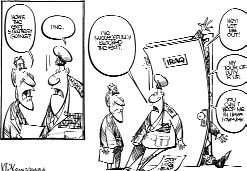